St Ursula’s College is located in Yeppoon, on the Capricorn Coast, 40 kilometres from Rockhampton. For more information, please watch the following video:

Respect, Faith, Excellence, Compassion, Hospitality, and Simplicity, are the six core Values which underpin the Vision and Mission of St Ursula’s College.

We believe in the dignity of each person and encourage all to treat others with consideration and courtesy, acknowledging the value of other viewpoints and life experiences. We strive to ensure that all members of the College community are treated with fairness and equity.

We seek to make students aware of our rich Catholic heritage, nurturing this as the source of Catholic identity and living. We strive to build upon the faith and commitment of the Presentation Sisters who founded the College by providing Religious Education and experiences of prayer, liturgy and social action that make the faith dimension of this College life-giving and relevant.

We believe that each human being is endowed with individual gifts that deserve recognition and development. We strive to promote an environment where all are encouraged and enabled to develop their potential and experience success according to personal capabilities and circumstances.

We believe we have a responsibility for the well-being of others in and beyond our community, particularly those who are suffering or vulnerable. We strive to develop a sense of concern for others and a spirit of service so that this concern is expressed and enacted.

We believe that a Christian community is inclusive. We strive to develop a sense of welcome and an acceptance of others such that all in the community are inspired to demonstrate a willingness to share their talents and cultures to enhance life for all. We promote and model reconciliation and strive to restore relationships when conflict or division occur.

We value all of creation and the interconnectedness of life. We strive to develop a sense of appreciation for our physical environment and personal resources. We promote good stewardship and social responsibility rather than a focus on material possessions.

We declare that the mission of St Ursula’s College is to continue the mission of Jesus, living and proclaiming the Gospel values to all people, especially in our school community, with fidelity, joy and enthusiasm.

Our mission demands that we create an environment where the Gospel values – both in daily living and in the learning situation – can be critically examined, clearly understood and responsibly acted upon.

This demands serious and courageous involvement in the field of education and in the practice of justice in our efforts to transform the world.

The history of St Ursula’s College dates back to 1915, when Rockhampton Bishop, Joseph Shiel, suggested a Branch House for the Order of the Presentation of the Blessed Virgin Mary (PBVM) (Presentation Sisters) be opened in Yeppoon.

Presentation Sisters, Mother Ursula Kennedy and Mother Patrick Madden, visited Yeppoon and selected a one acre block in central Yeppoon. At the suggestion of Bishop Shiel, the Branch House became known as St Ursula’s. A two storey convent in Queen Street with St Joseph’s Primary School on the Ground floor, was officially opened to students on 29 January 1917, with 25 Boarders and 30 Primary students.

The Sisters’ mission was to continue the legacy of their Order’s Founder, Nano Nagle, who championed education for all.

Within the next 12 months, the need for specialised education for young women became apparent. On 12 March 1918, St Ursula’s College, Yeppoon, came into being, with 32 students in attendance. Their classroom was on the first floor, with the Primary School below. In 1922, a new building was erected which became the Convent. This building still stands at the top of the driveway and is now called Gabriel Hogan House.

The latter half of the 20th century saw a rapid increase in the number of lay teachers, as Catholic classrooms adapted to a decline in the availability of Religious Sisters and Brothers to teach.

In 1992, the Presentation Sisters took the significant step of forming a company, St Ursula’s College Limited, to ensure that St Ursula’s would continue in the Presentation tradition after Religious Leadership ceased. The College’s first Lay Principal, Mrs Margaret Ramsay (Clifford), was appointed in 1996.

Inspired by those who lead the way, and as a sign of commitment to continuing the journey for future generations, students and staff from St Benedict’s and Sacred Heart Primary Schools and St Brendan’s, and St Ursula’s Colleges, gathered in July 2017 and celebrated 100 years of Catholic Education and ‘Presentation Presence’ on the Capricorn Coast.

In 2018, St Ursula’s College acknowledged its Centenary of educating young women with a three-day-long weekend of Celebrations, and a year long commitment to ‘100 Acts of Service’.

The ongoing demand and support for Catholic education, the resilience of the faith-filled community during times of difficulty and change, as well as the vibrant and progressive nature of the Capricorn Coast community, have all ensured that the story of St Ursula’s College is a continuing one. St Ursula’s College is a vibrant Faith community providing a holistic Catholic education and residential environment through which young women are encouraged to realise their potential; founded on the charism of Nano Nagle and the values of the Presentation Sisters; yet, responsive to the demands created by the social dynamics of the 21st Century.

Honora ‘Nano’ Nagle was born in 1718 at Ballygriffin, Cork, Ireland, during a tumultuous time of suffering and poverty. It was illegal for Catholic Schools to operate, and forbidden for people to travel elsewhere to access a Catholic Education. Despite this, Nano and her sister, Ann, were educated in France and, eventually, returned to Ireland. Nano realised her vocation was to educate those most in need; at the age of 36, she secretly opened a school for children and, within several years, had established seven schools in Ireland.

Nano’s dedication to the poor was not confined to schools. After spending her days teaching, Nano searched the streets, guided by a lantern and God’s love, tending to the sick and destitute. She became known as “The Lady with the Lantern”. Two other women who shared Nano’s ideals of education for all joined her in her ministry and, in January 1775, Nano invited them to become the first members of her own Religious Order. Though Nano died in 1784, her legacy lives on, and the Religious Order she founded became known as The Presentation Sisters of the Blessed Virgin Mary when it was approved by Rome in 1805. 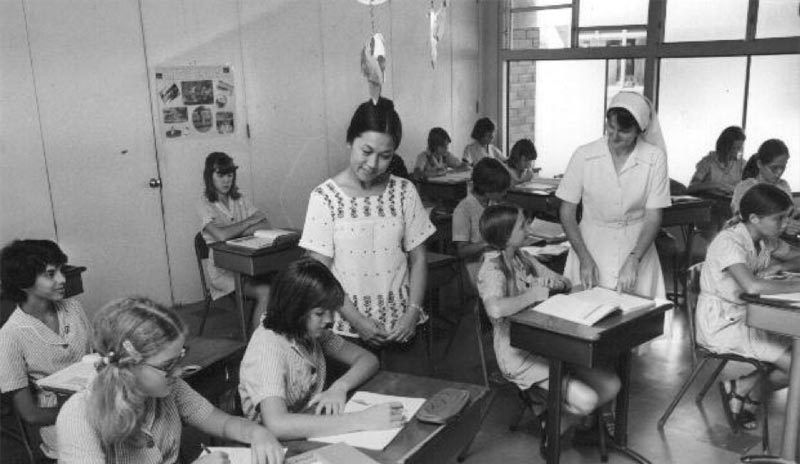 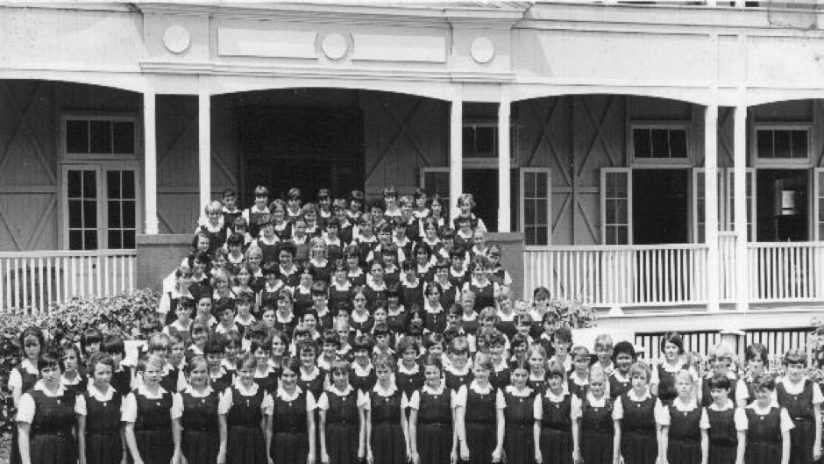 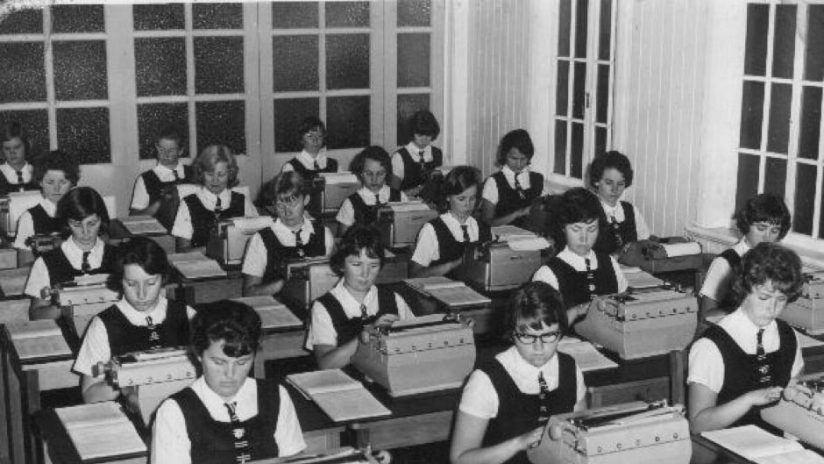 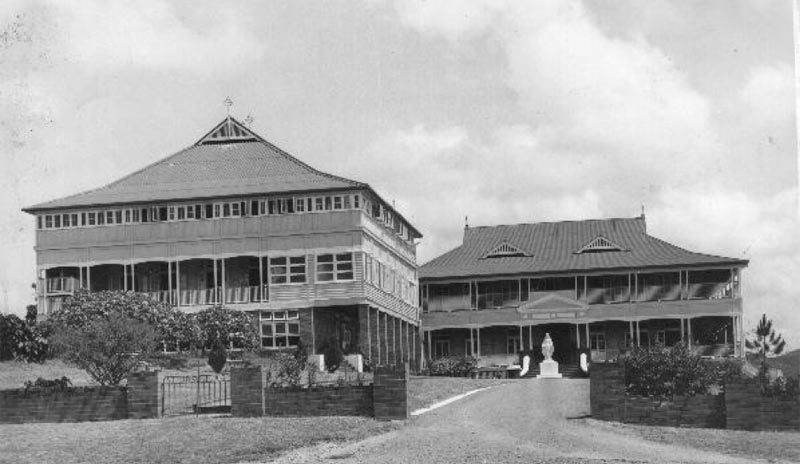 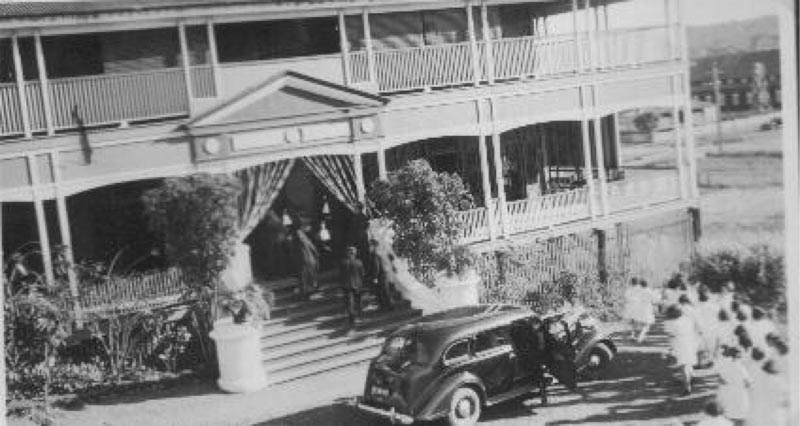 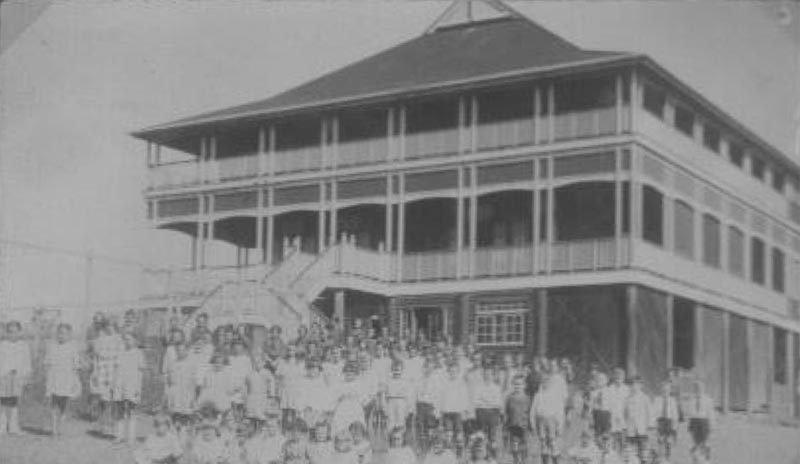 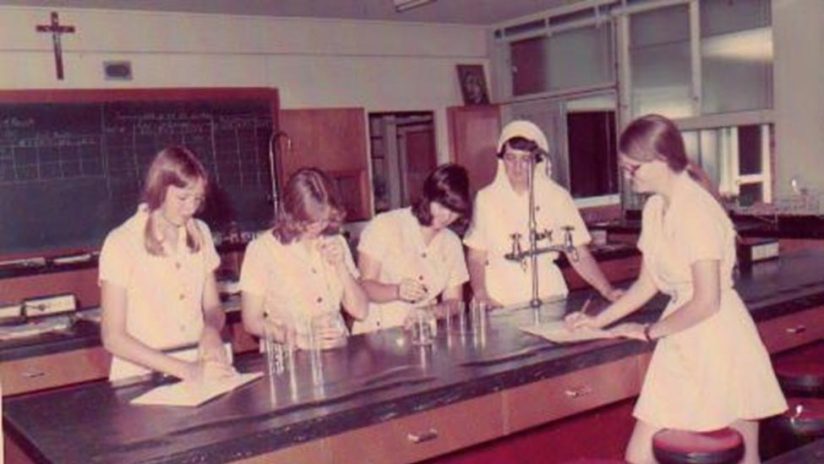 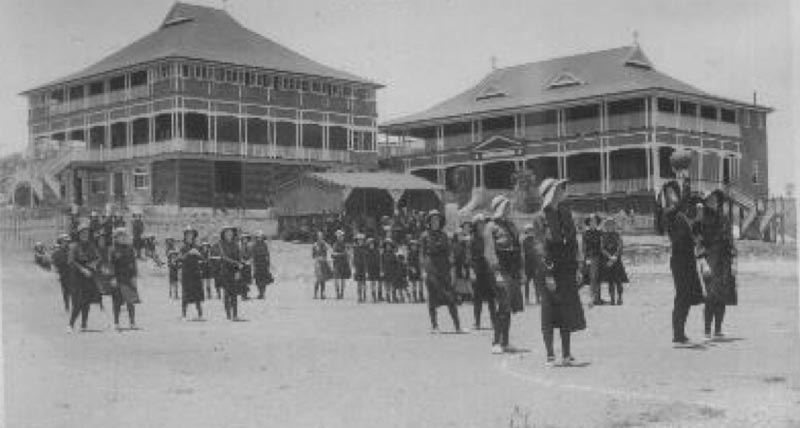 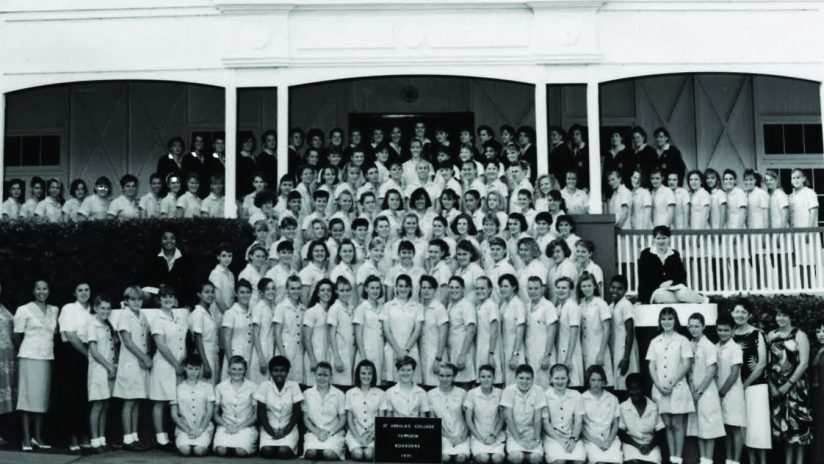 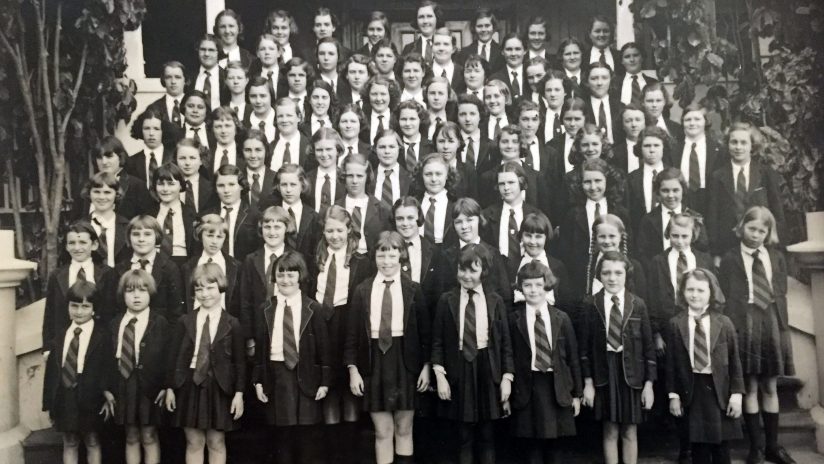 Students gather for a photo on the stairs of Gabriel Hogan House, circa 1938