Dr Gabrielle Keating is embarking on a career as a rural Generalist Doctor after graduating from James Cook University (JCU). 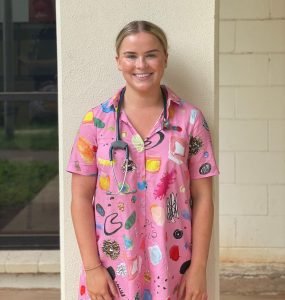 Gabrielle, who graduated from St Ursula’s College, Yeppoon, in 2015, spent her entire final year of the six-year JCU Bachelor of Medicine, Bachelor of Surgery on an extended rural placement in Cloncurry.

Her favourite part about the placement? “The people, full stop!”

“If I didn’t go to JCU, I highly doubt I would have ended up in the bush, nor would I be going into my internship with half the experience I have been able to acquire.”

Gabrielle grew up in Yeppoon and is interning in Mount Isa this year, and said she was looking forward to seeing where the rural generalist path takes her.

“All of the main highlights have been from my rural placements, from my first trauma case in second year in Charters Towers to delivering babies at the doorstep in Cloncurry. None of my experiences in the city centres even comes close to comparing to the fun I have had out bush.”

While on placement in Mount Isa, Gabrielle assisted in births and a number of surgeries. In Cloncurry, she did plenty of suturing, and everything from skin excisions and biopsies to intubating, cannulating, CPR, relocating dislocations, and casts.

Professor Tarun Sen Gupta, Head of the JCU Clinical School in Townsville, said students on extended rural placements gained increased clinical skills and confidence for their internship year while forming their identity as rural doctors. In this time, they were able to become a valuable part of the medical team in small towns. 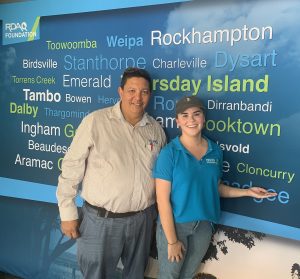 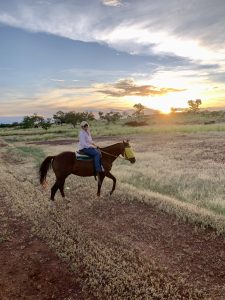 Dr Gabrielle Keating spent her entire final year of the six-year JCU Bachelor of Medicine, Bachelor of Surgery on an extended rural placement in Cloncurry.

“Beyond the educational benefits of the extended placements, there is a substantial economic benefit in terms of increased likelihood of people working rurally and working for longer,” said Professor Sen Gupta, a former Richmond GP.

During her downtime while on rural placements, Gabrielle enjoyed swimming in the dam, socialising at the pub with friends, horse riding, visiting friends on surrounding cattle stations, and exploring the area.

“All it takes is to make one local friend before you know half the town and have friends for life.”

WEX program an eye-opener for Chloe